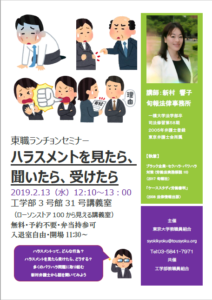 The general public living on the archipelago of the rising sun is a far more normal people than they have long been internationally reputed in association with Samurai, Harakiri, Kamikaze, and Yakuza. Certainly, an overwhelming majority of Japan’s resident nationals were duly shocked and disenchanted when the district attorney in charge decided not to prosecute Masato Uchida, the former senior executive board member at Nihon University, the largest private university in Japan, who had also been the Fuhrer of the university’s football team and had persuaded one of his team members into physically terrorist-attacking an opponent player during an official match. The appalling act of terrorism, where the attacker brutally headbutted with his helmet on straight into the lower back of the victim who was thrown high up in the air, has been broadcast and shared to incite national outrage. END_OF_DOCUMENT_TOKEN_TO_BE_REPLACED

The Japanese legal justice system has long been internationally notorious for its characteristic inactivism and ostensible neutralism. Non-intervention to private contractual affairs might sound benign, yet effectively sides with the bullies by refusing to protect the victims. Such judicial absenteeism deprives the Japanese society of law and order, benefiting the powerful, the wealthy, the unethical, and the hateful, by neglecting the rights and the interests of the poor, the powerless, the honest, and the disadvantaged. END_OF_DOCUMENT_TOKEN_TO_BE_REPLACED